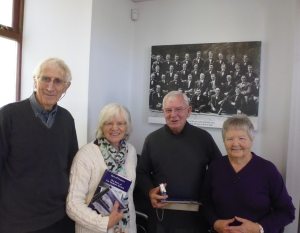 It was during the Winter of 1927 that a young Alfie Morgan got together a group of men at Ebeneser Chapel in Tylorstown , intending to learn a few songs to entertain the members during February 1928. The group didn’t disband after their first performance but remained together and the Morlais Glee Party was formed, surviving to this day without break and now known as Côr Meibion Morlais. 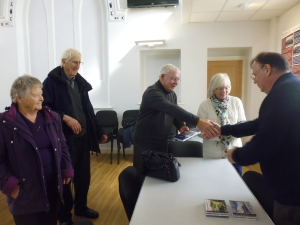 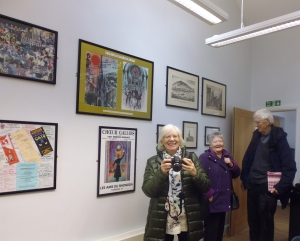 Last Thursday , 2 of Alfie’s children made a visit to the Morlais Hall with their spouses.

Iwan & Eva Morgan, now living in Chester, together with Eryl & Paul Preston, who live in Birmingham.

Iwan last met the choir when he attended the 50th Anniversary Concert held at Ebeneser , in February 1978. 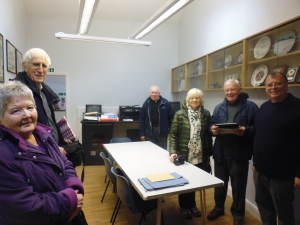 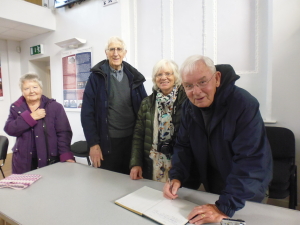 The visitors spent time looking at the choir’s vast display of memorabilia and reading the choir’s history,displayed on the story boards in the Hall.  Before leaving they were presented with copies of the choir’s book and cd’s.