Click on any of the events listed below for further details

150th Anniversary Commemorative Event of the Ferndale Colliery Disaster of 1867 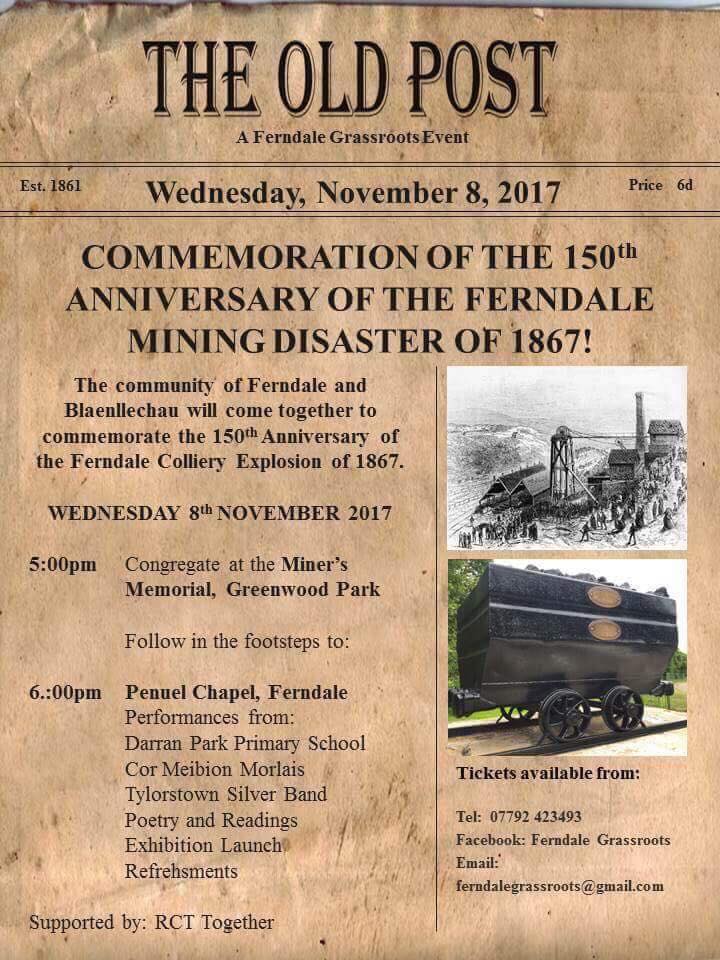 Côr Meibion Morlais are proud to be performing at the 150th Anniversary Commemorative Event of the Ferndale Colliery Disaster of 1867.

On Friday 8 November 1867, the whole district was shaken by two consecutive explosions at Ferndale No.1.  Rescuers were hampered by roof falls, and with the air so foul, with some trepidation the furnace which powered the ventilation was relit.  It took a month to recover the remains of the 178 men and boys, with most bodies showing signs of severe burning, and many so badly disfigured it made identification impossible.

If you would like to discuss booking the choir for your event entertainment (e.g. wedding, anniversary, birthday party), please contact our Choir Secretary, Mr Byron Young, to discuss your requirements.