On Sunday 16th and Monday 17th August, Côr Meibion Morlais were filming with Tidy Productions for the fifth series of the popular Welsh Valleys comedy, Stella, written by Ruth Jones and based in the fictional village of Pontyberry.  We would like to express our thanks to Tidy Productions for looking after us throughout the 2 days of filming activities. 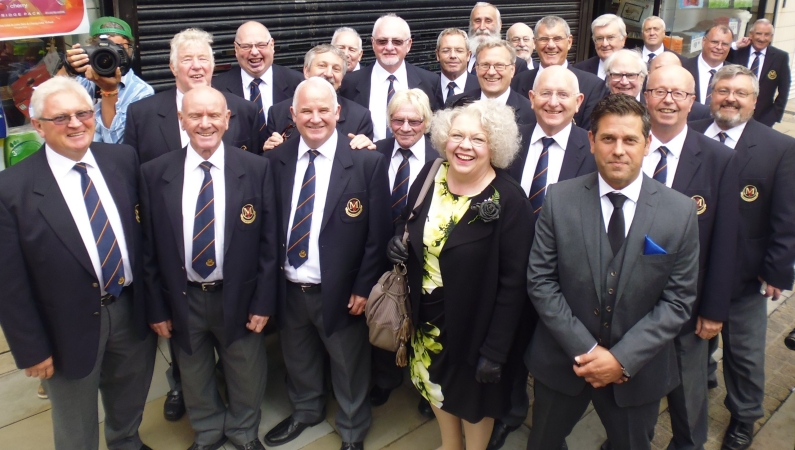 Pictured here with Aunty Brenda (Di Botcher) and Michael Jackson (Patrick Baladi) – and taken by Stella (Ruth Jones) standing on a bench –  Côr Meibion Morlais has a long association with the series.  Stella, Michael and Aunty Brenda all live just a few doors away in the same street as one of our Baritone choristers, Alan Jones, and The Morlais Hall was used in a number episodes earlier in the series as the location for the Mother and Toddler group and Slimming Club scenes.  The Choir also performed the traditional Welsh love song Myfanwy in Big Al and Cynthia’s wedding at the end of Series 4. 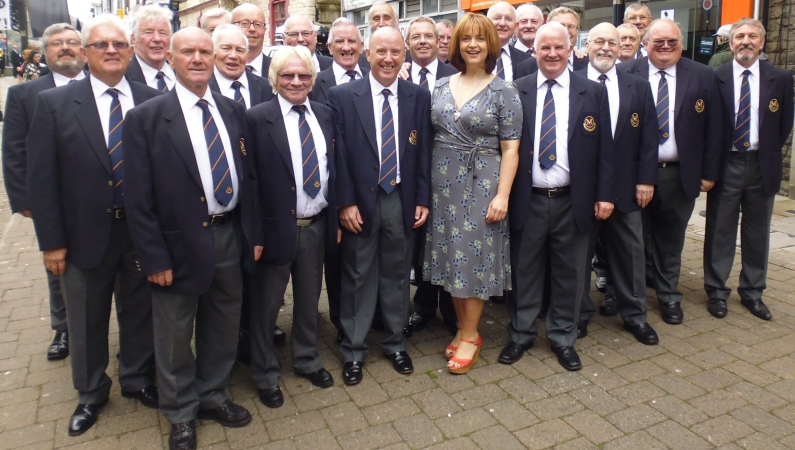 Another one for the album, with the lovely Stella herself, played by the series creator Ruth Jones.

As we’ve all been sworn to secrecy over the details of the episode we were filming, all we can say is keep watching Stella and keep an eye out for Côr Meibion Morlais appearing in Series 5.