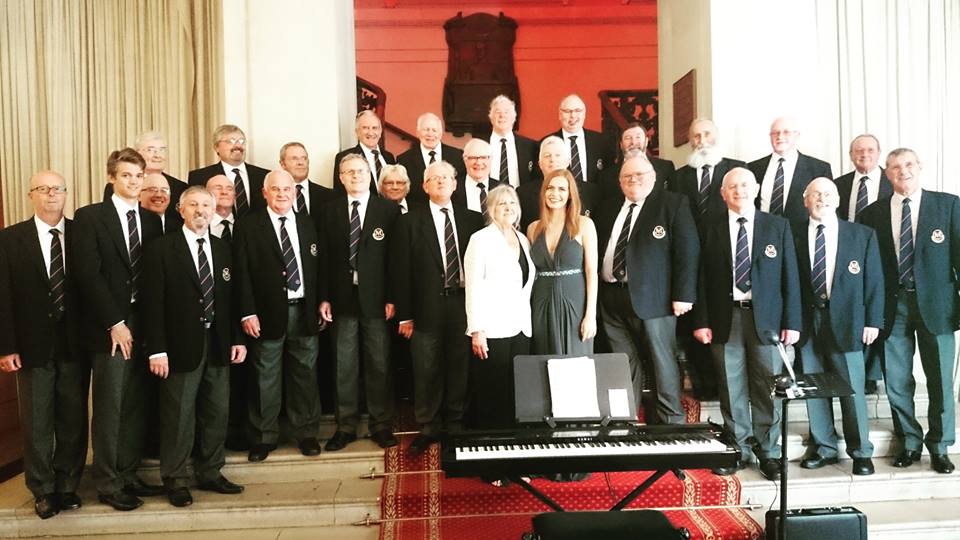 Cardiff City Hall was the venue for the 2015 FAW AWARDS CEREMONY, all the more significant as Wales had just qualified for the Euro 2016 Finals, which will be held in France.

The Morlais were positioned on the steps in the Reception Hall, under the direction of Ros, who was to accompany and conduct the choir in John’s absence.

We were to provide the entertainment as the guests arrived and waited to have their photographs, before they moved upstairs for the Awards Ceremony.

Whilst we weren’t able to talk with any of the players and coaching staff, it was a moment to savour being in the presence of the “Stars“ of Welsh football: Bale, Ramsey, Collins, Ledley, Williams, Hennessey etc. and their Manager, Chris Coleman.

Among the Awards was one for “Lifetime Achievement“ which was to be presented during the evening to Alan Curtis, Rhondda born and bred.

Among the entertainment for later in the evening were, Sophie Evans, Mike Peters (The Alarm), and Only Men Aloud, whilst the M.C. for the evening was I.T.V.’s Frances Donovan.