For the past few years Côr Meibion Morlais has held our “For The Fallen” Remembrance Concert on the Friday before Remembrance Sunday in November, and this year was no exception.

However this year, Friday’s date was the 11th November so we were pleased to welcome the Chairman, and the President and Secretary of the Ynyshir Branch of the Royal British Legion, Hugh Roberts, Fred and Angela Cutter (respectively) to our concert. 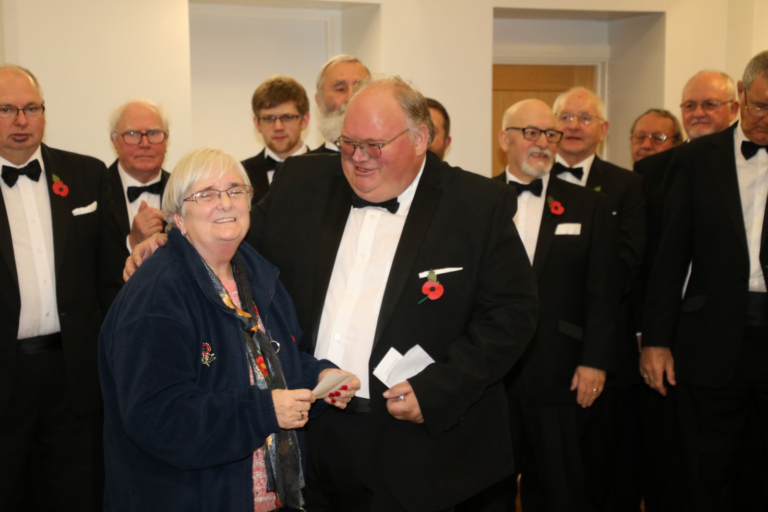 Choir Chairman Nigel Morgan presenting a donation to the Secretary of the Ynyshir Branch of the Royal British Legion, Angela Cutter. 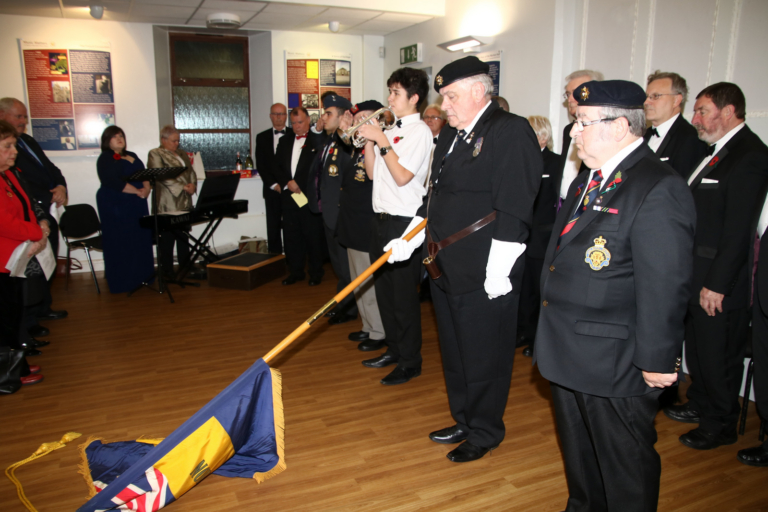 Emanual Williams playing “The Last Post” while the Standard of the Royal British Legion is lowered.

During the concert, Porth Community School pupil Emanual Williams played The Last Post while the RBL Standard is lowered as a mark of respect to all those who gave their lives in the service of their country. 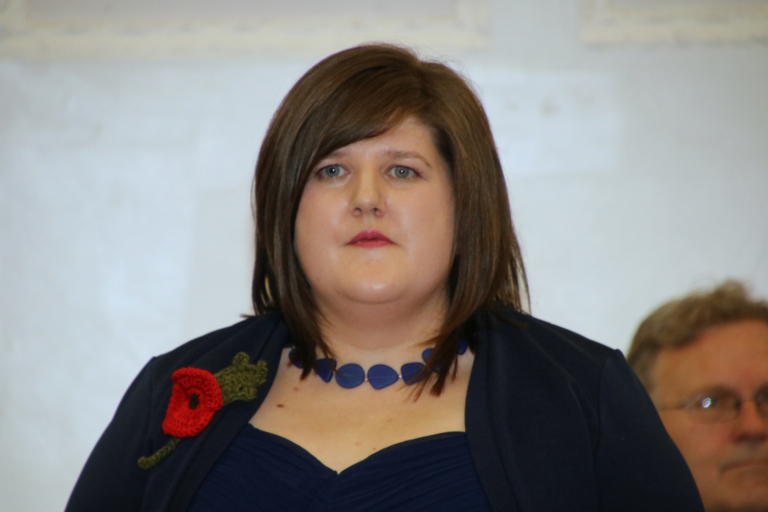 The Choir performed a selection of songs from our extensive repertoire, interspersed with a poems in Welsh and English read by Hawys Glyn and Dave Cole, a number of solo items performed by Soprano Claire Marson, and some Audience Participation items comprising of traditional wartime ditties.

Judging by our audience response, and some of the verbal comments we received after the concert, it appears to have been another successful Morlais evening.