After a brief absence – i.e. I forgot to do one for November – our Monthly Chorister feature is back, and in a suitably festive pose its …. 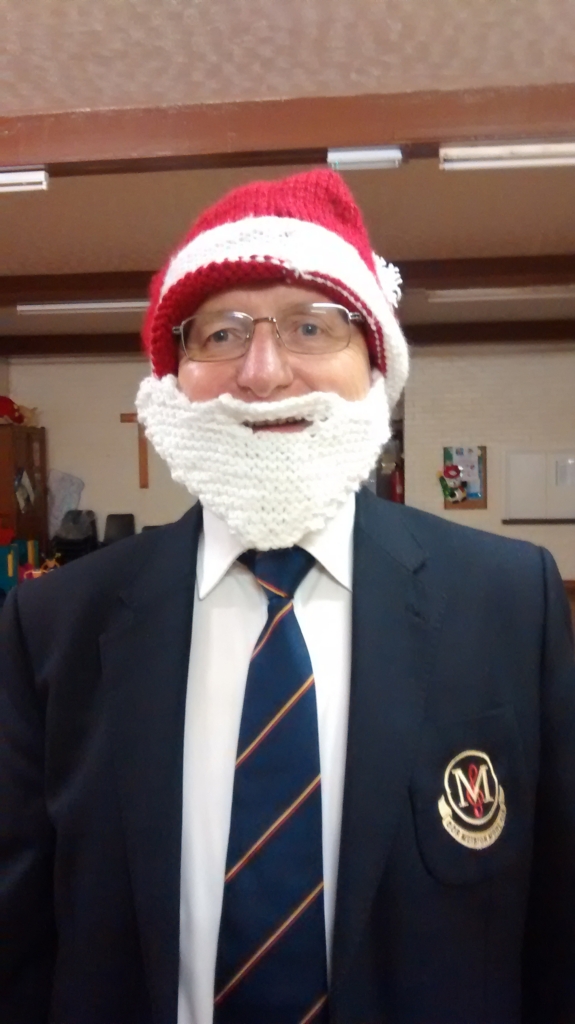 Steve has been with the Morlais for just over 10 years.  The way he tells it, he was talent spotted in the Rheola pub in Porth, way back in October 2005,  giving a rendition of either Rhinestone Cowboy or Ernie, The Fastest Milkman In the West – he’s not entirely sure which, probably due to the fact that he was in a pub and singing at the time.

Having suitably impressed one of our then choristers, John Llewellyn, with his semi-inebriated vocal talents, Steve was persuaded to come along to a Morlais rehearsal and join up.

Since then he has been a stalwart member of our bottom Bass section, and we frequently have to stop him launching into his trademark rendition of Ernie whenever the mood takes him.

Seen here in full festive swing – this photo was probably taken near Christmas one year, but then again with Steve you never know,