Click on any of the images to see a Full Size version, or Click Here to view the full Scotland Tour 2012 Photo Gallery.

Many of the choir regularly make the journey North for the biennial encounter with our Tartan cousins at Murrayfield, but on this occasion it was the first Official Concert Tour to Scotland by Côr Meibion Morlais, where we were be staying at the Rob Roy hotel in Aberfoyle. 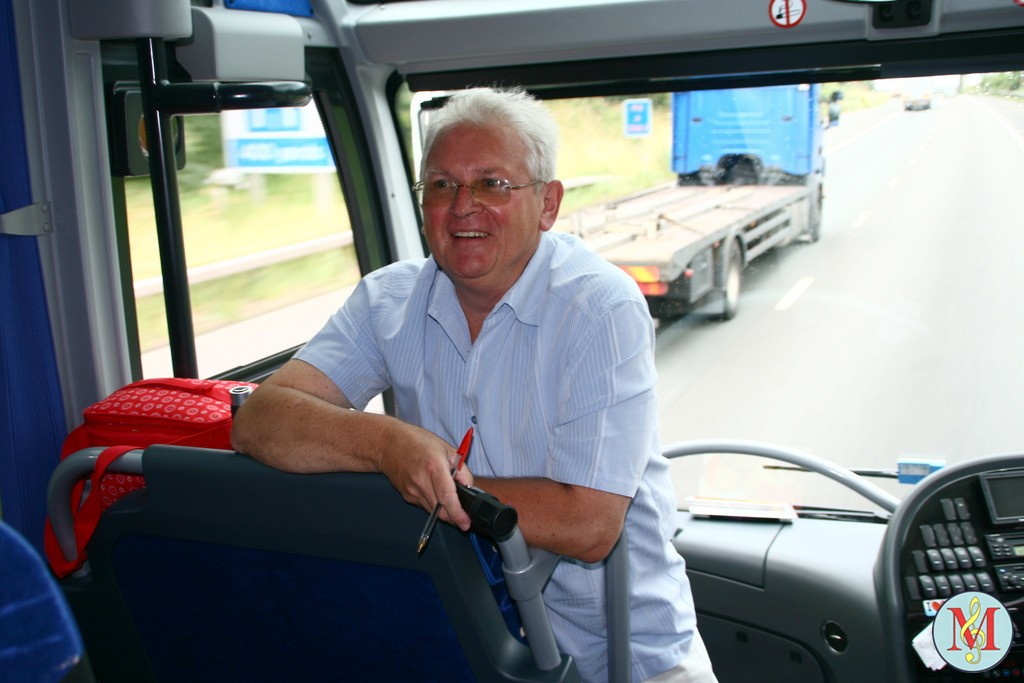 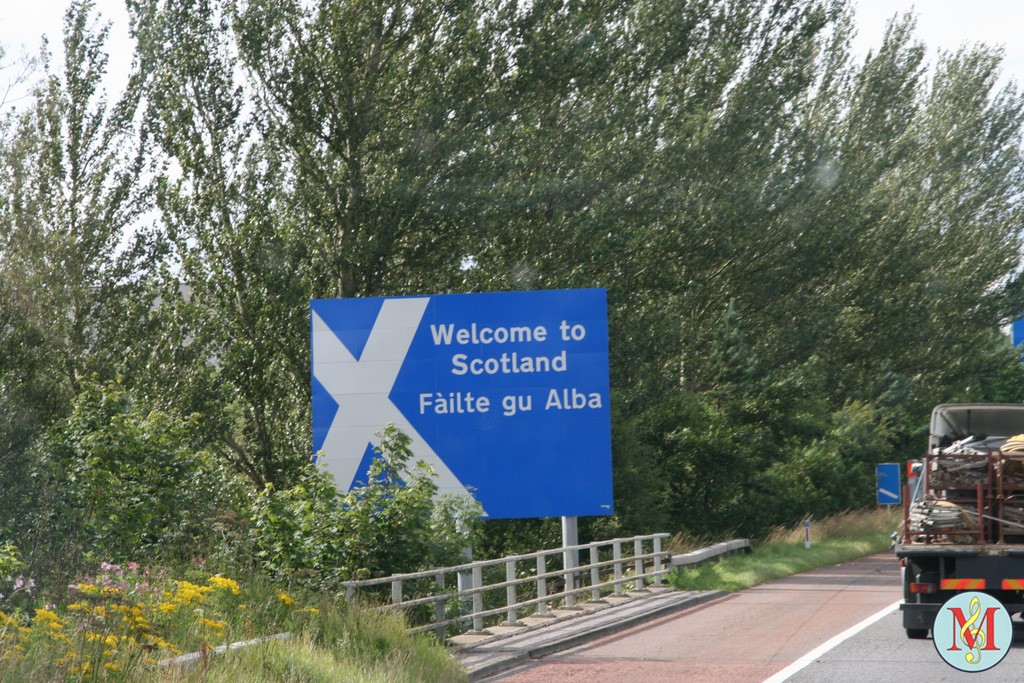 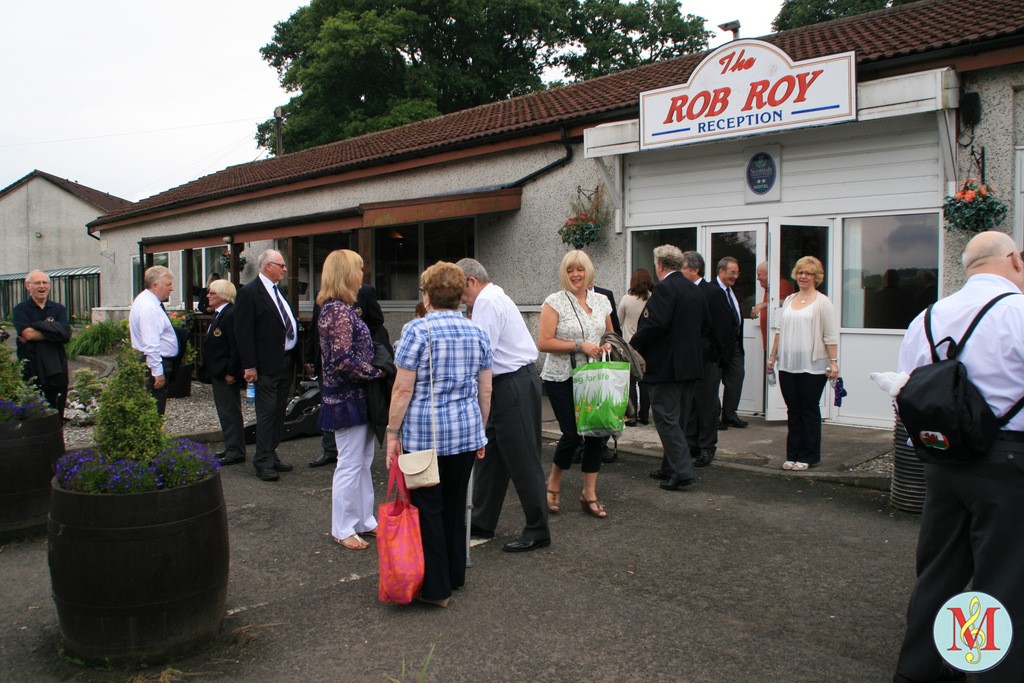 We had two “Official Engagements” to perform and some free time for sightseeing as well.

After a morning sightseeing, including a boat trip on “The Lady of the Lake” across Loch Katrine, we made our way to our first concert which was held at Sacred Hearts Church in Cumbernauld. 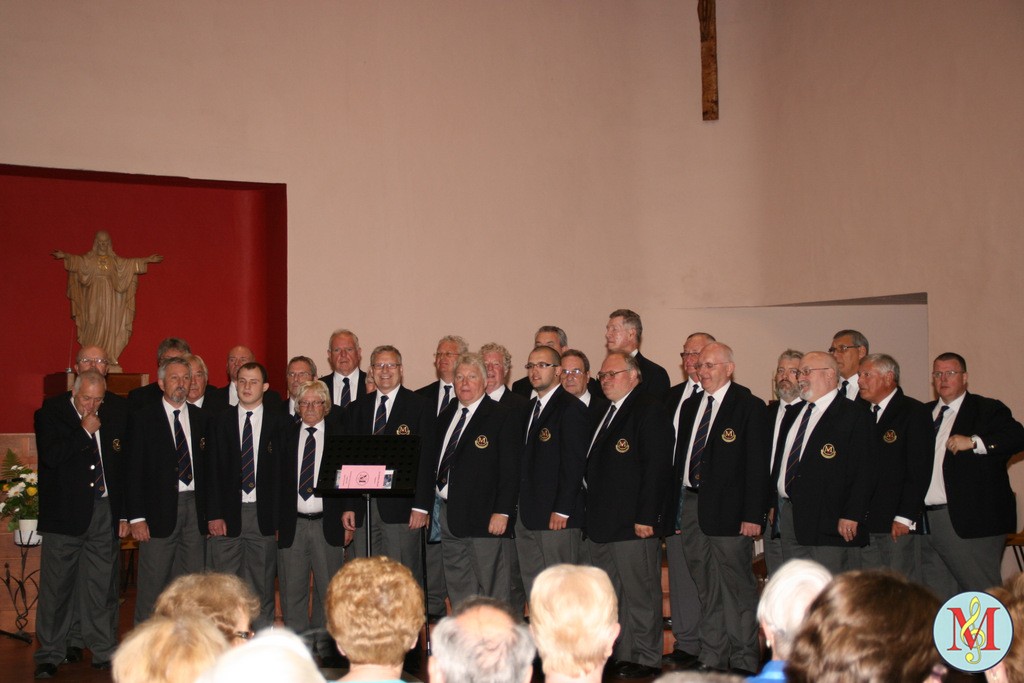 The concert was arranged through family contacts of the late Don Thomas, and the original start time had to be delayed to allow for extra seating to be brought in to accommodate the number of people who arrived and packed out the church.

The Choir performed to their usual high standard, giving an excellent evening of music, with profits from the concert going to support the Church’s charity work in the 3rd World. 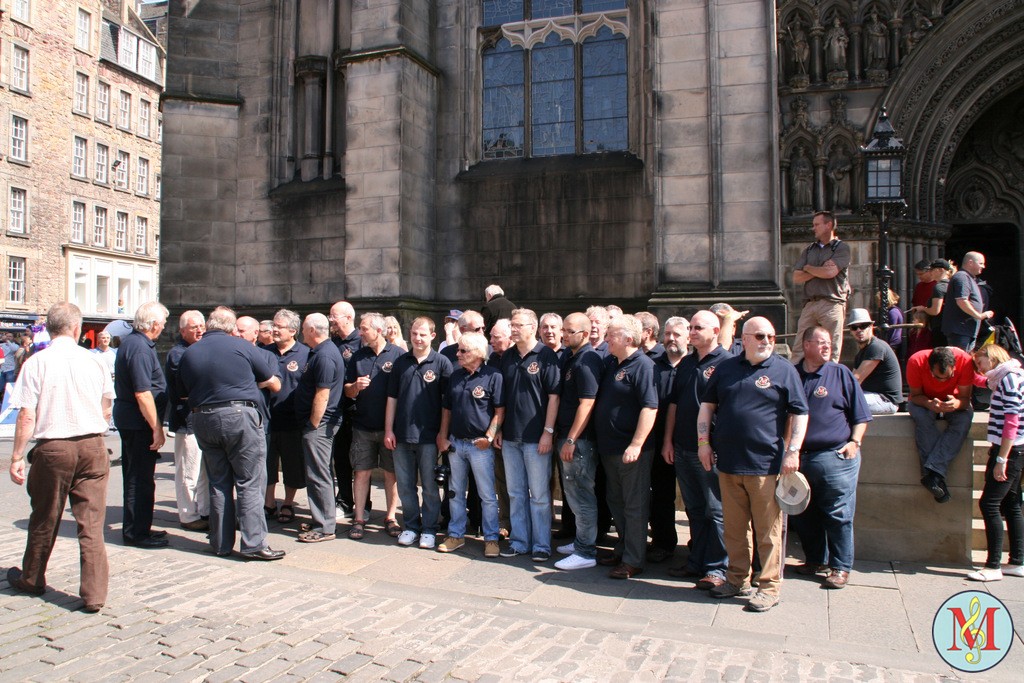 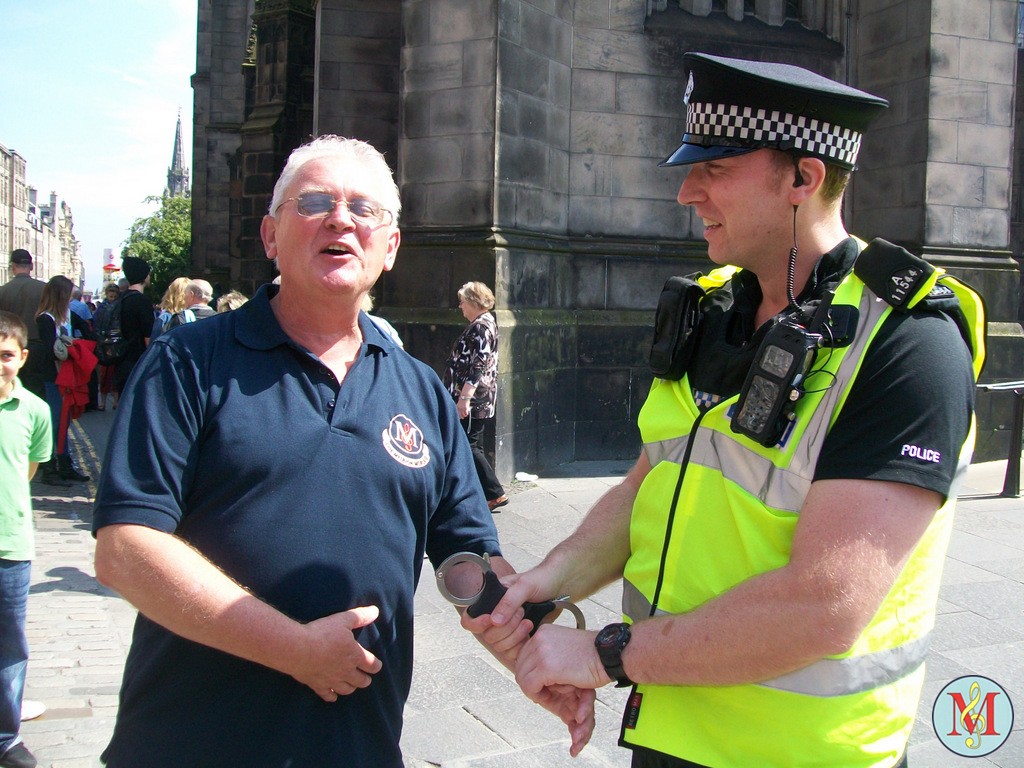 Our visit to Scotland coincided with the Edinburgh Fringe and we took the opportunity to “borrow” a pitch outside St Giles Cathedral on the Royal Mile to give a few songs before being moved on by the “Fringe Police”.

We then met up outside “The Shed” where Chris Corcoran was performing “The Committee” – his comedy show based on a typical Welsh workingmens club which usually features a guest appearance by Côr Meibion Morlais as the Club Choir.  On this occasion, Chris had previously made a recording of the Choir for use in his show, but imagine his audience’s surprise to find the actual Morlais Choir featured in the show singing live outside the venue! 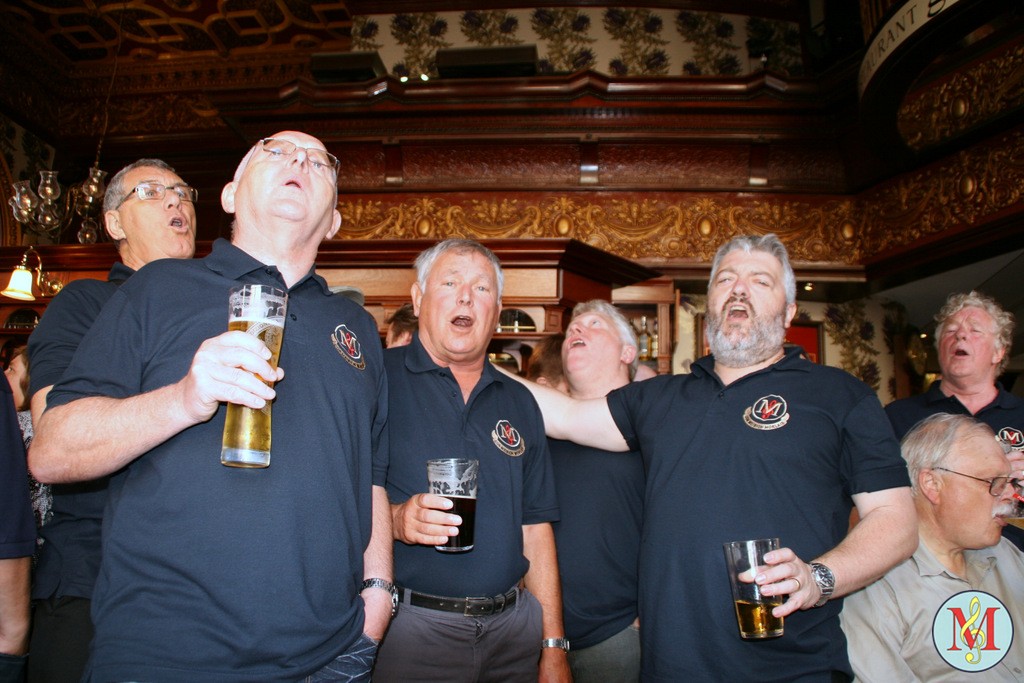 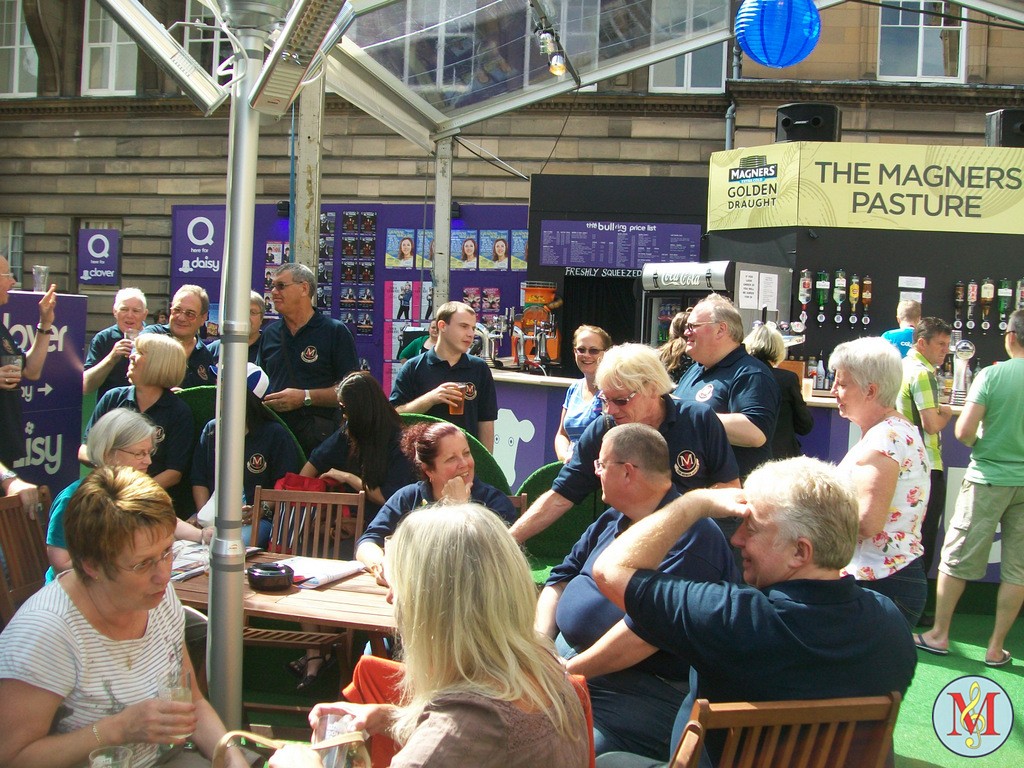 We all had a great time, taking every opportunity to give a song on many street corners, and even joining in with a few of the the official acts that were performing at the Fringe.

Our 2nd concert was held at Lochgelly Bowls Club in Fife, through the good office of Choir Vice President, “Wee” Davy Scott.  We were greeted by a lone piper welcoming us into the Bowls club which was followed by a wonderful afternoon of music and merry making – including guest appearances by Ann Nash and The Gooseberries, a subsection of the Choir who have formed a guitar and vocal band. 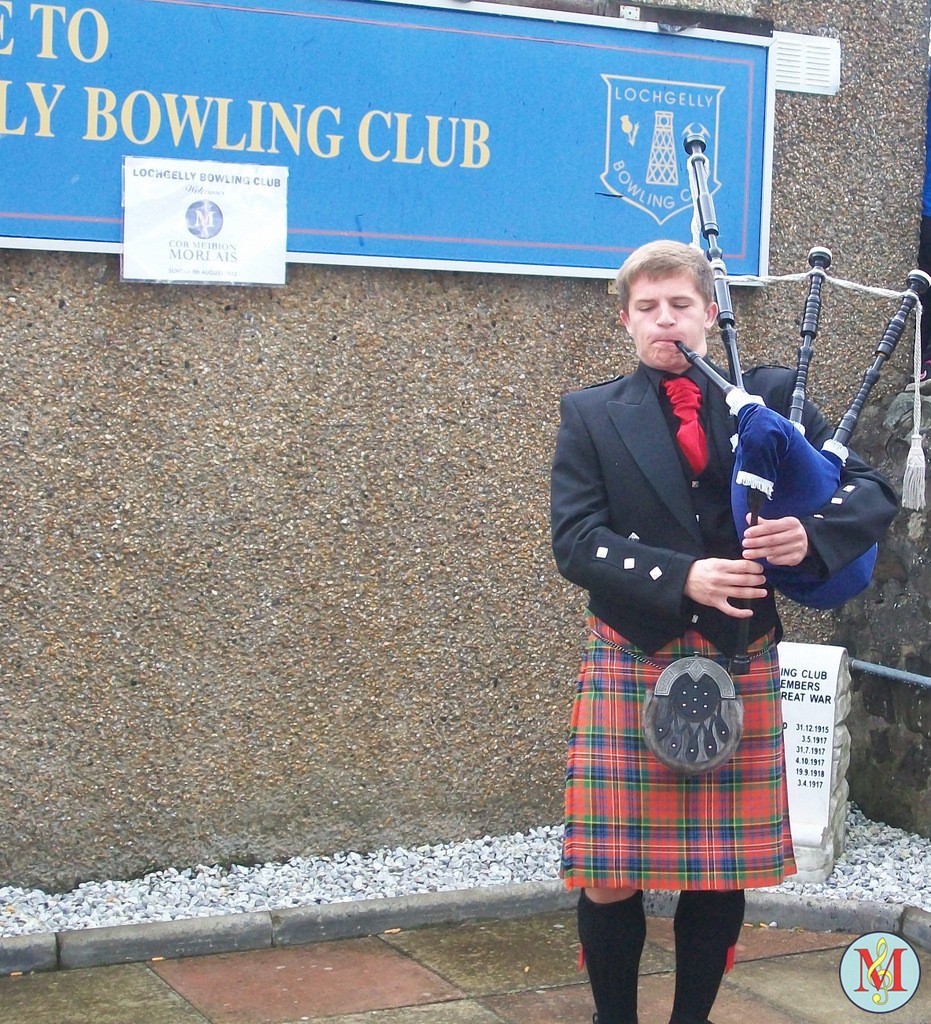 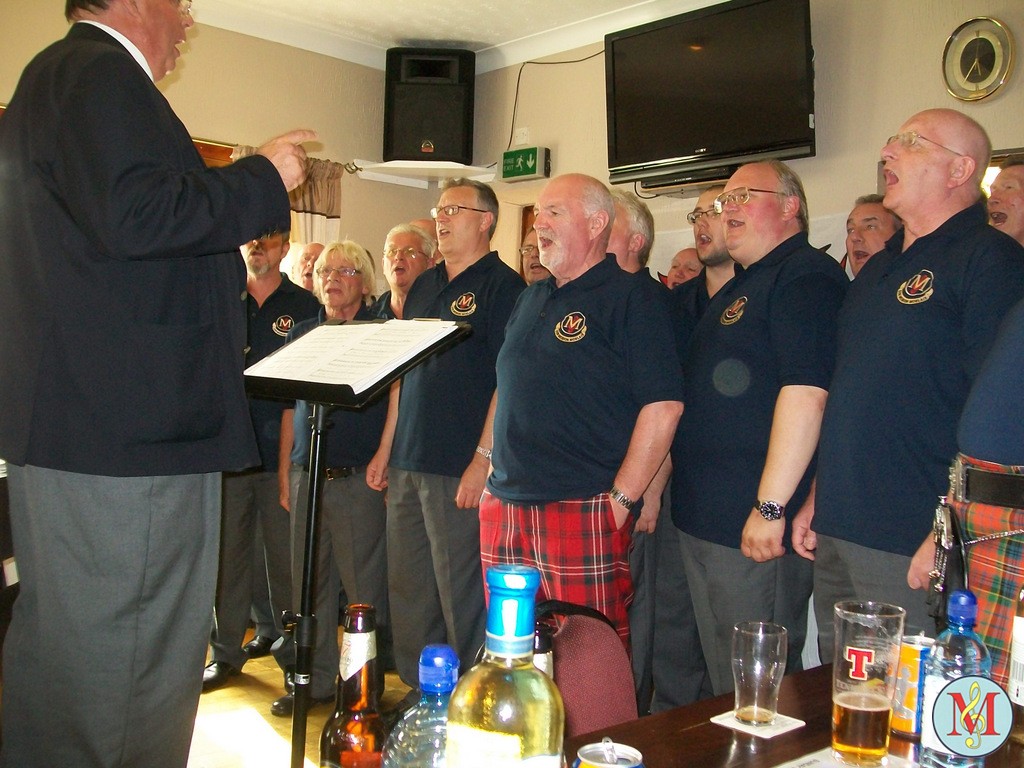 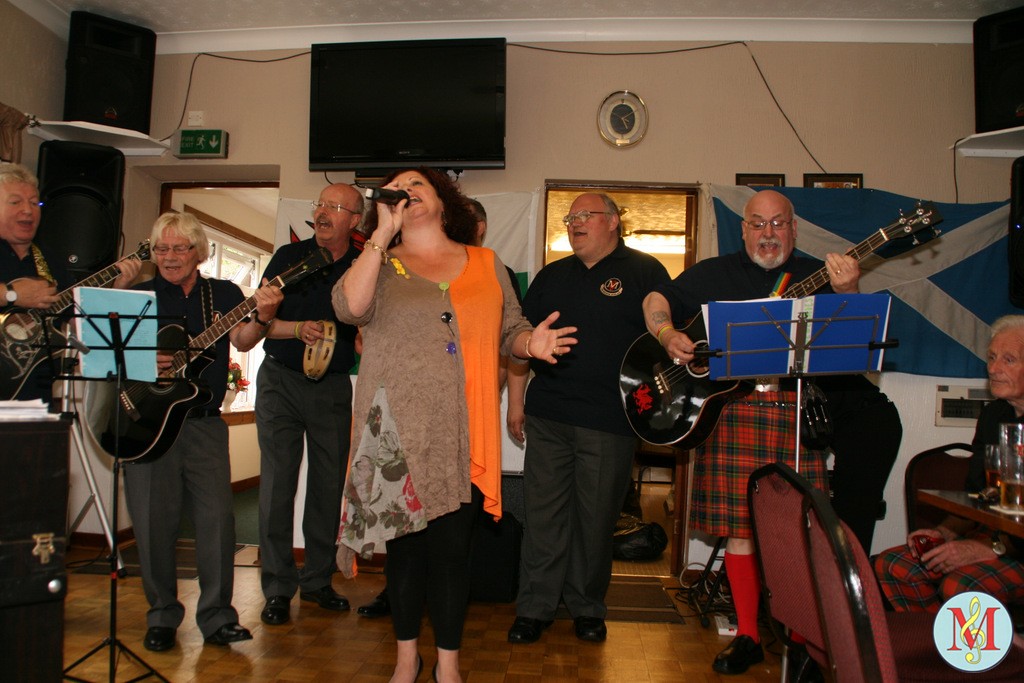 The afternoon was thoroughly enjoyed by all who were present, and it was a tired but contented Côr Meibion Morlais that made our way back to the hotel for our last night in Scotland before heading back to sleepy South Wales the following morning.

We are now looking forward to our next trip North of the Border, when we plan to visit Scotland in October 2015 to help celebrate the 25th Wedding Anniversary of Mr & Mrs Davy Scott.