Our Featured Chorister for September 2015 is Nigel Davies. 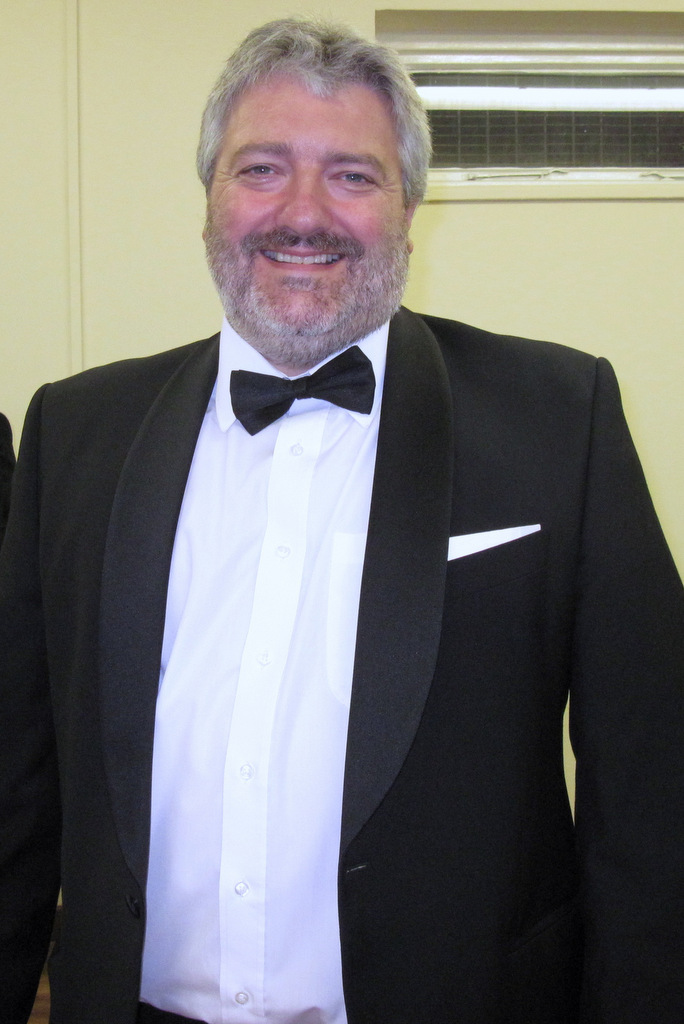 Nigel joined the Côr Meibion Morlais bass section in July 2010.  Unfortunately, due to the choir’s 3 month rule for new members, Nigel was not able to take part in the Annual Concert in October of that year.

He had previously been a member of the Ferndale Male Voice Choir from 1986 until it finally disbanded in 1993.  At this time, Nigel would have liked to continue singing but, due to work commitments, he was not able to make Morlais rehearsals.  It wasn’t until 2010 when Nigel’s working pattern changed that he was then able to make the commitment to Côr Meibion Morlais to attend regular rehearsals.

Nigel’s first rehearsal with the choir was in the basement of St Dunstan’s Church where the Choir was rehearsing while the Morlais Hall was being renovated and refurbished.  It wasn’t until almost a year after he’d joined the Choir that they were able to return to the Morlais Hall.

The newly refurbished Morlais Hall had been fitted with an Audio-Video system.  As Nigel works in the IT industry he was interested in the setup and use of the new system so he volunteered to become the Choir’s “Technology bod”, using the AV equipment to display information to choristers, visitors and other regular users of the Morlais Hall.  He also helps other organisations to make use the equipment when they are at the Morlais Hall.

Recently, the Choir invested in a shiny new website and needed someone from within the Choir to maintain it and keep it updated with current and interesting information.  As the designated “Technology bod”, Nigel was happy to take on this additional responsibility.
If you don’t like anything you see here on our website, Nigel is the person to complain to!

Nigel prefers singing a more traditional style of male choir music and arrangements, including the old Welsh hymn songs such as Laudamus, Gwahoddiad, Calon Lân, etc.  He can often be seen in discussion with our conductor in the pub after rehearsals complaining that we sing “too much of this modern rubbish” and that we should “add more of the old traditional songs to our repertoire“, all of which John takes with a hefty pinch of salt and in good humour.